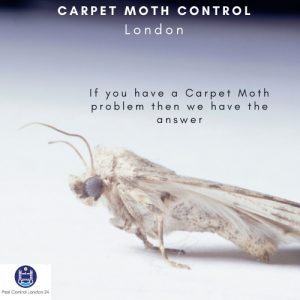 The beetles are fairly small, measuring 1.5 to 4mm in length. The body is strongly convex, rather like the ladybird beetle and is characterised by the pattern of yellow, black and whitish scales on the body.
Between 20 and 100 eggs are laid by the female during spring and early summer on furs, woollens and any dried materials of animal origin.

When the larvae hatch out, they are hairy and brown with three bunches of golden hairs on the abdomen. They normally reach a length of 4-5mm. They tend to avoid the light and, when disturbed, curl up into a ball.

The adults appear in April, May and June and their resulting larvae hibernate during the following winter pupating during the latter part of February and March.

On emergence the adult beetles seek the light so they usually fly to the windows. They fly to light coloured flowers where they feed on nectar and pollen. After mating, the females enter houses during late summer and autumn and lay their eggs in birds’ nests in roof voids and other suitable places. The larvae feed on feathers and wool soiled with excrement.